Founded in 2007, BNRG Renewables is an international developer, constructor and owner/ operator of solar projects. BNRG is based in Dublin, Ireland with a solid track record of successfully delivering in multiple markets simultaneously. The Company has developed over 225 MW, financed and constructed over 125 MW of ground mounted and rooftop projects comprising approximately US$285 million in value in the UK, Northern Ireland, Bulgaria, Greece, and the US and is currently constructing a 24 MW portfolio of projects in Oregon, USA. Every project that BNRG has completed has exceeded its initial performance projections. This is a function of the careful attention to design optimization and technology selection. The Company has dedicated a considerable resource to getting these elements fine-tuned to deliver value and exceed expectations. BNRG has been an early mover in most of the markets it has participated in, allowing it to secure the best available sites with suitable grid capacity.

The Company has a portfolio of 300 MW of projects under development in Ireland, which will be constructed between 2020 and 2023. BNRG also has PPA’s secured for half of the 235 MWp of portfolio in Maine, USA, with construction of the first projects expected to commence in 2019.

BNRG's approach has been to construct and hold assets for a period of 2-4 years, ensuring that performance is optimized before selling. The Company now plans on constructing and holding a significant portfolio in strategic markets for the long term, evolving into an Independent Power Producer. 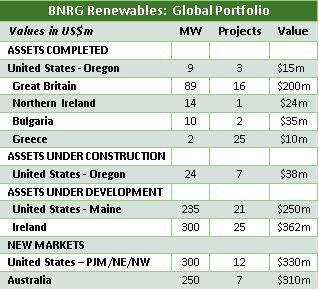 BNRG works with a key team of strategic partners and only uses best in class equipment suppliers. We partner with highly-experienced Engineering, Procurement and Construction (EPC) firms who apply the most up-to-date and highest quality of design and installation practices. BNRG partners with a number of leading professional advisory firms both internationally and locally. We rely on this key team of professional partners to assist us in delivering our projects on time, on budget and in an environmentally-responsible manner.


Our Board of Directors 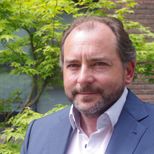 David is an environmental scientist by profession respectively holds Masters degrees from National University of Ireland and the University of Wales, in Environmental Sciences and Resource Management. With over 20 years in the environmental and renewable energy sectors, he is consulted frequently on complex environmental and energy issues. David is a founding member of the Alliance for Affordable Solar Energy ‘AFASE’, the European industry group and the Irish Solar Energy Association ‘ISEA” where he is also Chairman. Since 2008, he has led a number of transactions for BNRG with various listed and infrastructure funds. David held positions with the Environmental Protection Agency with responsibility for Research & Development. 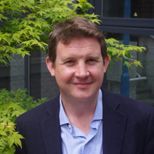 Prior to joining BNRG, Nick spent 17 years working in Asia, Europe and the Middle East as an International Manager for the HSBC Group. During this time, Nick has performed a diverse number of senior roles including running HSBC’s Trade and Supply Chain business in Paris, project managing the establishment of a Business Process Outsourcing centre in the Philippines and leading HSBC’s global trade finance transformation project in Hong Kong. He has recently completed the Mid-Career Master’s in Public Administration programme at the Harvard Kennedy School where he focused on Infrastructure Finance, Innovation and Microfinance. Nick also holds a Master’s degree from the London School of Economics and a BA in Economics and Mathematics from Trinity College Dublin. 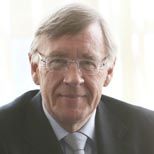 Paul is a Chartered Accountant and a business graduate of Trinity College Dublin. He was a taxation partner in KPMG Dublin for 27 years specialising in financial services and became the global leader for KPMG in that sector. Since retiring from KPMG Paul was appointed as a chairman of the Taoiseach’s IFSC Funds Group and has taken on a number of varied directorships including chairman of the board of Aegon Ireland Plc and Coronation Capital. A board member of Milestone Aviation Group and Chair of the Audit Committee for Blackrock’s Irish Mutual Funds. 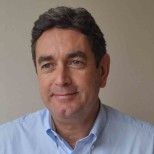 Fintan Whelan has been active in Renewables since he joined the newly formed Airtricity in 2000 as Corporate Finance Manager. He raised equity & debt at both corporate & project levels for that renewables IPP right up until its sale to SSE in 2007 for nearly €2bn. In 2008, he co-founded Mainstream Renewable Power, along with ex Airtricity CEO Eddie O’Connor, focusing on development of solar & onshore/offshore wind projects across a number of markets – US, Canada, Chile, South Africa, Ireland, UK and Germany. As Corporate Finance Director, he had a particular focus on Business Model development and corporate/project funding raising – including Topco equity investment from Barclays Capital and Marubeni Corporation. 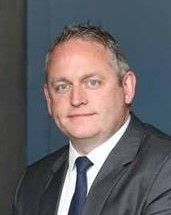 Group Chief Executive Officer and Director at Ervia since October 2017, the Irish State gas and water utility, Mike Quinn Joined the BNRG Board in 2019. Prior to his Ervia role, Mr. Quinn served as the CEO at Bord na Mona Plc from 2015 to October 2017. Mike has also served as Group Vice President with Precision Castparts. He also held senior management positions in Tellabs, Stryker and Lufthansa Technik having worked in engineering roles with Amdahl Ireland and Apple Computers. Mike studied Advanced Leadership programmes at both Cranfield University and the University of Michigan and also attended the Authentic Leaders Program in Harvard Business School in 2018 and holds a Degree in Physics and Electronics from Dublin City University and a post graduate qualification in Project Management from University of Limerick. 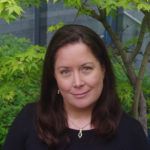 Rebecca is a Chartered Accountant, having trained with Ernst & Young. Rebecca joined BNRG in 2012 from Telefonica O2, where she held several roles including managing the transition of O2’s network to a shared network within a Joint Venture with Eircom and leading the budgeting process for the organisation. Rebecca was also finance manager for Yahoo in both its Dublin and London offices. Rebecca has a B.A. in Accounting & Finance from DCU. 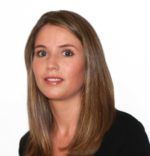 Ruth is the Group Finance Manager for BNRG. Ruth joined BNRG in July 2018 from Mainstream Renewable Power where she worked in the finance function for over 8 years and held a senior finance position managing core finance activities and supporting transactions across development, construction and operational projects. Ruth earned a B.A. in Business and Economics from Trinity College Dublin in 2004. Ruth qualified as a Chartered Accountant with KPMG Dublin in 2008. 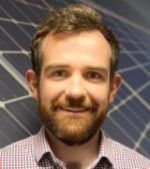 Daniel studied Electrical Engineering at UCD and completed a Masters in Sustainable Energy Systems in the University of Edinburgh. He secured a position in UK Power Networks Graduate Engineering Programme and progressed to join the Capital Design Team where he prepared multidisciplinary design for HV substations in London. Daniel traveled to Melbourne and worked as a Project Engineer for Canadian Solar offering solutions during development, construction and commissioning of solar farms. Daniel joined BNRG in 2019 and is responsible for the delivery of BNRG’s portfolio in Ireland. 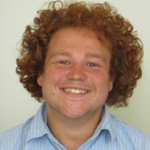 Ross has worked in the renewable energy industry for seven years, across both sales and project management, focusing in the last four years on the delivery of large scale ground mount solar farms. He was part of a team at Primrose Solar that delivered 253 MWp of sites, ranging from 5MWp to 50MWp, with direct responsibility for in excess of 150 MWp. Prior to working in the renewable energy industry, Ross studied at the University of Leeds, where he graduated with a BA in Environment and Business. Ross has responsibility for delivery of BNRG projects in the north western US.

William is a Project Manager with BNRG and has been in the renewable industry for the past eight years. He has experienced the fast-paced growth of the solar industry through various aspects of building commercial solar projects including design, construction project management, and project development. William earned a Bachelor of Engineering degree in Mechanical Engineering with a concentration in Green Engineering from Stevens Institute of Technology. William is also a NABCEP PV Installation Professional and holds OSHA 10 and OSHA 30 certifications. William is responsible for the oversight of BNRG’s Portfolio in the US. 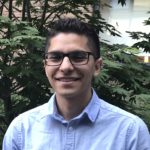 Andre graduated from Federal Technological University of Parana in Brazil where he acquired Bachelor Degree in Electrical Engineering. After graduating Andre joined Fotovoltec in Rio, Brazil, designing PV plants from distributed generation to utility scale. He has extensive experience in working with and programming yield analysis and bespoke design software. Andre joined BNRG Renewables in May 2018 as Design Engineer and is responsible for design optimisation on all project. 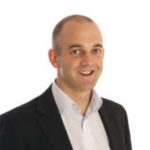 Brian is an engineer by profession and holds master’s degrees in both engineering and business having studied in National University of Ireland, Cork and Nanyang Technological University, Singapore. Brian has been active in Renewables since 2006, initially working in technology R&D for offshore renewables, then in government policy, before taking up a commercial role in a solar PV company. Immediately prior to joining BNRG, Brian worked with a global solar PV EPC company where he successfully establishing businesses for them in Australia and SE Asia. In addition to responsibility for delivering BNRG’s Australia projects Brian is focused on technology and component procurement. 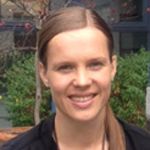 Elina graduated from Ventspils University College in Latvia where she acquired Bachelor Degree of Business Administration and Economics with Specialization in Marketing Management. She then moved to Ireland where she worked in various roles in Billing and Sales Operations in IT industry. Elina joined BNRG Renewables in 2015 and is currently coordinating the company’s development portfolio across US. 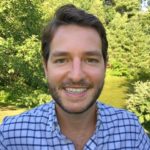 Nick is a founding member of Dirigo Solar and brings experience in business origination, development, operations and fundraising. Prior to forming Dirigo Solar, Nick led business development efforts for Algasol Renewables, a global algal technology company based in Spain and developed distributed PV projects in Cyprus, Greece, and Italy. Nick has also served on several Congressional and Presidential campaigns. Nick studied Politics, Philosophy, and Economics at Oxford University, and earned his BA in Political Science from Bates College. Nick is responsible for site origination and policy in north eastern US. 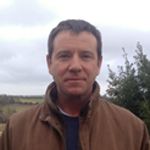 Ed joined the BNRG team at the start of 2015. After graduating with a BSc in Landscape Horticulture from UCD in 2002, he spent 12 years working in Landscape Design and Construction. As Senior Land Surveyor, Ed is responsible for assessing sites that are being considered for development by the Company. In addition to survey responsibilities, he acts as main point of contact with many of our landowners in Ireland. 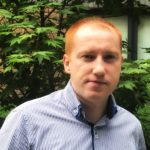 Kieran is an Association of Chartered Certified Accountants member, having trained in Allied Irish Bank. Kieran trained as a Finance Graduate in AIB completing reconciliations for the GB and FTB Head Office Accounts. After completing his ACCA exams Kieran joined the EBS Retail team as an Accountant responsible for three Mortgage Securitisation portfolios. Kieran joined BNRG in 2018 after spending three years working and travelling across Canada and Australia. While travelling Kieran held positions as an Accounts Receivable Analyst with Blue Ant Media in Toronto and as a Credit Control Officer for George Weston Foods in Sydney 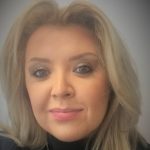 Gabriela graduated from University of Law in Bucharest, Romania where she acquired Bachelors Law Degree and Master Degree in Private International Law. She has worked as Legal Specialist in Romania and Ireland on numerous occasions since then. In 2011 she moved to Ireland where she worked as Executive Assistant. Gabriela joined BNRG Renewables in 2017 and she is currently the Executive Assistant to David Maguire and Nicolas Holman. 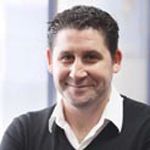 Sean is the principal of Wallace & Co., a Dublin-based law firm which specialises in corporate transaction and advisory services. Sean works with a small portfolio of renewable energy companies dealing with their operational and transactional requirements, across a range of industry sectors and projects. He has significant experience in project finance, joint ventures and mergers & acquisitions transactions. 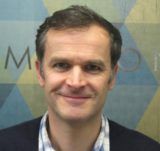 Eoin received his Bachelor of Civil Law from University College Cork in 1997 and subsequently completed a Masters in European Integration in the University of Limerick. He trained in Mathesons where he qualified as a solicitor in 2003 and worked in the Projects Group, specializing in energy and infrastructure transactions. He subsequently moved to Eversheds where he gained valuable experience acting for both developers and lenders on renewables projects, principally in Wind. Since 2007, he has held senior in house legal roles in the energy sector, with EirGrid, OpenHydro and Mainstream Renewable Power.